Random Wednesday (why does this say it was posted on Tuesday?) 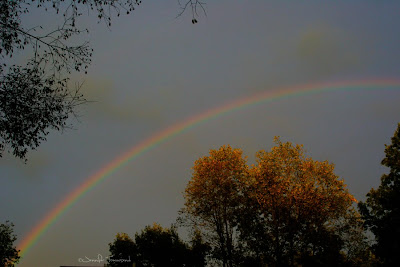 I have a meeting shortly. I’m not entirely clear what it’s about.

How do you twist nearly every comment you make on others’ photos so that it’s somehow about you? #bclc

I boosted the contrast and saturation so you could see the pretty of the rainbow the other night. It made the clouds yellow. It’s a terrible photo, but it was a very nice rainbow.

I hate hearing people whine about how busy their business is. I’m sorry, I thought the whole point of starting a business was to succeed. Have I just been doing it wrong this whole time?

Now I want a donut.

When listing your phone number on an application, it’s generally a good idea to include the area code. Particularly when there’s a special little box for it that says “area code”. Just, you know, FYI.

I deleted some things. I thought it was for the best.

That meeting was actually useful.

I need a snack. That meeting did not have donuts.

I need more ideas for Jentober. Two days til the horror commences!

I need some wings. I can’t decide on white or black. Probably black.

I need to visit some more old cemeteries this year. It’s been ages. And some haunted houses. Someone take me on a haunted tour.

Much of the time I get the feeling I’m only tolerated because I’m the admin. #SITGR

I have grown to hate the word “munchie”. Here’s a thought. Let’s not have an all day munchie day, ok?

Girlie informed me that I once again missed the “Club” Scouts. I pointed out to her that regardless, she’s a girl and therefore not allowed. Which led to Girl Scouts and my explaining, again, that I have been trying very hard for a year now to obtain information on how when where, etc. to absolutely no avail. Dear Girl Scouts Heart of Michigan, you suck.

I really don’t care about Glee. Or football.

It’s generally not my wardrobe that I’m uncertain about.

Don’t effing call me 3 times, like it’s some kind of urgent and NOT LEAVE AN EFFING MESSAGE. How is that any way to run a business? I don’t HAVE to refinance through you. I can just as easily take my money somewhere else.

Dear students, you are working in an office. Stop dressing like it’s ladies’ night or a slumber party.

I like the theme song from Smallville but I never watched the show. The guy who played Lex has a weird head.

Sometimes I think it would have been kind of fun to have grown up as a Southerner. But mostly I like being a Michigander.

I should have given up on today’s Random after the first thought.