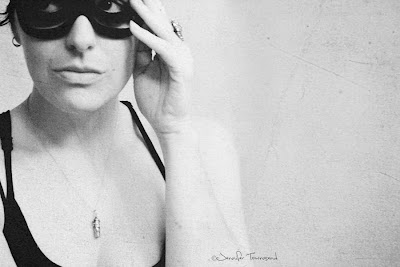 I might qualify as a zombie today. Just not the brain eating kind, because, ew.

How does someone so glaringly incompetent still have a job?

I’m going to run out of tea early today. That will suck.

Meeting. Whee. Bet there won’t be donuts this time either. Sigh.

Wow. Way to ruin it for the rest of us.

I did not get that job. Moving along.

More overtime. Work as much as you want. Whee.

I think Miss W’s costume this year is my favorite so far.

This reminds me of that episode of Buffy in Season Three, Bad Girls, where she’s talking to Xander and Willow when she’s supposed to be taking a test and they aren’t “relating” to it. Like that.

It would be nice to go out for a drink with a friend.

Ooooh! Vogue Knitting holiday preview! I already can’t wait to get that issue. The problem with knitting is that there are so many things I want to make for myself, but I always end up making everything for other people.

I suddenly have This Is Halloween stuck in my head. The Nightmare Before Christmas, Danny Elfman version. Not Marilyn Manson.

To commemorate my being trapped in this office for the foreseeable future, my desk needs a new toy. Someone send me a new desk toy. Make it unusual and/or Halloween themed.

I really need to clean up the music on the Zune.

I feel like I have lunch breath and I’m having a hard time staying awake.

It’s really hard to be motivated to work hard and be happy about overtime when that idiot in the next cube makes the same amount of money as I do and does less than half the work.

Wow. I think that’s the most clothing I’ve ever seen June Cleavage wear.

I suddenly have this song stuck in my head. I have no idea why.

Oh man. I just remembered I have to go to Wal Mart after work. I love Wal Mart. I hate Wal Mart.

There is just not enough caffeine in this world for my brain today.

If I devoted my entire life to trying, I will never sound that chipper on the phone.

It is ridiculously windy. It is not as windy as October of … 2000? Huge trees snapped off or pulled out of the ground by the roots that autumn. Still. It’s damn windy.

I just calculated that gpa 4 times. I need sleep.

Really? You don’t know the difference between then and than? Sigh.

Dear YouCut. You already sent me that email. I voted.