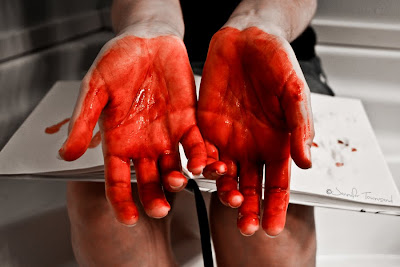 I have a job interview in 40 minutes. Yes another one. I’m not terribly nervous this time.

Halloween is 46 days away.

I would really like to go back to sleep.

I forgot my lunch today, which annoys me. I don’t like buying lunch.

I don’t think I was meant to be a runner.

Why does it so frequently smell like bologna in here?

I’m getting a headache. It’s probably nerves and stress and a desperate need for Diet Coke.

I’m starving. I was going to order something but now it’s too late.

I think that interview went well. I’ve never interviewed with that many people before. I don’t think I would ever be bored in that position.

Sometimes I really wonder how some people made it through college.

I ordered food anyway. Pizzahuttacobell didn’t sound appealing. Neither did cafeteria food. So there.

Where is my food?

If I get a new job will I be able to do Random Wednesdays any more?

Lunch order fail. It never came, so I called. Where is my food? I said. He came and you weren’t there, they said. But I am here, I said. I am here, wondering where the hell is my food?

I am unable to recall a single instance in which I missed a deadline.

Going to bed earlier is not helping my sleepiness. Maybe I need more iron.

I have Anthony Stewart Head’s album. I don’t like it as much as I’d hoped. I listen to it once every 6 months or so. He should have done a full cover of Behind Blue Eyes. That snippet he did on Buffy was dreamy.

I should knit more sweaters this winter. I knitted too many hats last year.

The True Blood finale was sort of blah. There were one or two things I didn’t expect, but overall, blah.

My friends think it’s funny when they make me say “har”.

Anteaters don’t climb trees, and no one climbed up and put it there. I don’t know what’s making that noise. Yes, I realize you’re being funny.

I don’t care who you are, a meat dress is just never a good idea.

I don’t know why anyone is shocked that a Christian college canceled the New Pornographers. It’s more surprising that they were booked in the first place. They should have just let them play under a different name, like when CBS made the Jesus and Mary Chain play under a different name. The JM Chain or something. So they wouldn’t offend. Which is silly, really, but Calvin is a Christian college, I can see why this would be an issue for them.

Maybe I’m too monochromatic. I am dressed in varying shades of brown today.

I never much cared for the hokey pokey.